END_OF_DOCUMENT_TOKEN_TO_BE_REPLACED

Lots of people are using the search engine DuckDuckGo these days.

In fact, you may have read my earlier article Search like a pro with DuckDuckGo: Better privacy + great search results.

In that post, I recommended against using the DuckDuckGo add-on.

Well, now there’s an even bigger reason not to use it!

END_OF_DOCUMENT_TOKEN_TO_BE_REPLACED

Eric Schmidt, chairman of Google’s parent company Alphabet, has openly stated recently that Google’s hold on information is so powerful, it could even influence people’s political views.  Ya think?!

The only thing worse than this influence is the fact that Google has become deeply embedded in our lives. If you so much as view a web page with a single Google ad, they can track you in very clever ways.

When you use Android + Google search + Google Maps + view web sites with ads, Google is essentially gathering data on everything you do.

It would be naive to assume that this data isn’t finding its way into the hands of folks like the NSA… The point of the Ed Snowden “revelations” wasn’t to make you safer; it was to scare the living crap out of you. Nothing changed, despite the very public declarations that all is better now.

Well, okay… But Google search is handy. Is there a better alternative? There sure is!

END_OF_DOCUMENT_TOKEN_TO_BE_REPLACED

If you have a web site, you’re probably using Google Analytics to track traffic to your site.

Overall, Google Analytics is pretty cool. In fact, for most people, it’s too cool. It does a whole lot, but that means it’s rather complicated for the average user to set up properly.

You may have noticed in your site stats on GA that there are some wonky domains showing up.

For example, instead of GA reporting traffic from ScottiesTech.Info, mine shows me that domains like makemoneyonline.com are included in my stats.

What gives, and how do you fix it?

END_OF_DOCUMENT_TOKEN_TO_BE_REPLACED 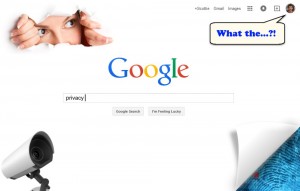 Everybody uses Google these days for all kinds of things. If it isn’t search, it’s Google Maps, plotting the fastest route to your vacation destination, checking the weather, or letting your Android phone track your every movement to make Google Now services “useful”.

It’s pretty much a certainty that Google is tracking your every move. This is the price you pay for all these wonderful whiz-bang features that you have come to rely upon.

If you do value your privacy, there are a few tricks you can use. But, a word of warning: it’s probably much worse than you think.

END_OF_DOCUMENT_TOKEN_TO_BE_REPLACED 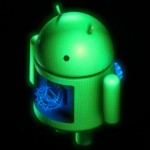 So you’re merrily rolling along with your Android phone, and all is well…

Then one day, perhaps after an Android upgrade, every time you try to update or install any app from the Google Play Store, you get an error message like: Error retrieving information from server. [RPC:S-5:AEC-0]

This is obviously very annoying. These update errors started happening to me recently after I updated to Android 4.2.2 on my Nexus phone.

Fortunately, there are a couple of easy tricks to try to stop the error messages and get updating working properly again. One of these solutions in particular seems to work for everyone who tries it…

END_OF_DOCUMENT_TOKEN_TO_BE_REPLACED

Until recently, I got a lot of use out of Google Translate. It worked great, it was fast, and its web page translations were good enough.

But then, something changed.

Now when I use Google Translate in Firefox to translate a certain URI, it seems to get stuck in some kind of loop and then craps out.

So I found a lovely alternative: Bing Translate!