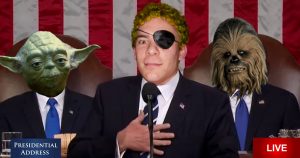 It’s like the economy: Either you believe it’s fabulous, or you believe we’re all gonna die. The truth is somewhere in between. It’s, well, complicated…

You read that correctly. Apple recently updated its line of iPads, and for the first time ever, they tried to position the lower-end models so that they’re actually more affordable.

Allow me to point out that Apple’s schtick has always been that it’s the Mercedes of the gizmo world.

So when Apple starts dropping prices and trying to – GASP – compete on price, you know things are shifting.

Smartwatches are all the rage – no one cares

Go on any mobile news site, and you’re guaranteed to see an announcement of some crazy company’s newest smartwatch.

And boy, is it cool.

Wait, is anyone actually buying these things? Not really.

People don’t have extra money to spend on a new smartphone or tablet, so they sure as hell don’t have $500+ to drop on a Dick Tracy Wannabe toy.

The mobile revolution: Yep, desktop puters are still around

You see, the first problem with responsive design is that the so-called Mobile Revolution hasn’t exactly turned out the way manufacturers had predicted. […]

I called both of those, didn’t I? Oh sure, there are still a lot of mobile devices out there. But the whole “everything will be mobile in 2 years” thing sure fell flat on its face.

Now, I hear you arguing that mobile sites are still the Wave of the Future, what with Google AMP and all. Yeah, do you know how many sites use AMP? Not that many.

Sure, CNN uses it. So what? Unless they up their game, CNN is part of a dying breed – they know it, you know it, I know it.

I know, I know… You’re sick of hearing the term, “fake news”.

Unfortunately, you’re not yet sick ENOUGH of hearing it.

What do I mean?

From the general recognition (finally) that the US government [NSA] was spying on everyone, everyone’s dog, and everyone’s dog’s lawn presents, to the almighty Mobile Revolution, to the 64-bit iPhone with 2X the awesome, to the complete abortion that is Windows 8/8.1…

Oh, by the way, the CIA is also spying on you like crazy. But you have nothing to hide, right? 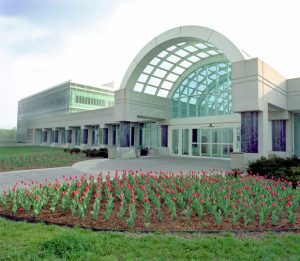 We’re spying on you, too! Love, CIA

You see, in response to revelations that the CIA is also spying on everything we do, I hear many people saying (with mock bravery): “Whatever! I don’t have anything to hide. Do you?”

I’m afraid it’s true. No, we were not paranoid: the CIA, NSA and everybody else has been spying on us mercilessly for years. The proper response to this is outrage, pure and simple. Righteous anger.

But that’s not what many people are expressing. They are expressing fear, but hiding behind a facade of bravery: “Oh no, that doesn’t touch me. I have nothing to hide. It’s only the bad people they’re spying on… Yeah, that’s it…”

I don’t really believe that, and neither do you – if you’re honest with yourself.

So, fake news: You know it’s fake. Everyone does. But instead, what should be outrage is diverted into “irritation at that nonsense.”

If we are afraid to stand up, we’ll end up sitting on our butts the rest of our lives, telling ourselves how “brave” and “irritated” we are. What we are is terrified. That’s a natural response.

It’s also the intended response, actually: pretend to not care and be brave, and just let them carry on doing whatever they want to you. Oops!

BTW, the same is true of Hillary vs Trump

The shoe fits. Think about it: We knew exactly what we were getting with Hillary. With Trump, we really had little idea. It wasn’t his “locker room talk” or even the allegations of rape that put people off.

Former House Speaker Dennis Hastert can run around molesting children, and comparatively, hardly anyone batted an eyelash! No, with Trump, the problem people had was that change was coming, and change is scary.

Solution? Trump = Misogynistic Satan-Man! This is the same as, “I have nothing to hide.” Irritation and “acting out” is a substitute for the real issue: fear of uncertainty. This fear was leveraged by those in powerful positions who were against Trump.

You know, the ones who told you Russians are hiding under your bed… Then they went and had a coffee with the CIA director and laughed their heads off about how stupid we all are because we pretend not to care that they’re spying on us with our TV cam, phone cam, fridge cam, toilet cam, bird cam, etc.

Which in a strange way brings us around to…

If anything, I suspect this is a sort of “marker event” that will herald big changes in the world of technology. 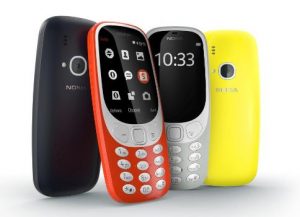 Oh, I know, that sounds crazy. But trust me, I’ve been called crazy and much worse for the last half of my life. That hasn’t changed the accuracy of my predictions or analyses… In fact, it seems to enhance the accuracy.

What can I say? Tesla talked to birds. Me? I have an extraordinary knack for fixing overly-complicated toilet-flushing mechanisms. They speak to me, and I console them. I am the Toilet Whisperer. Case closed.

You see, the 3310, where available for preorder, sold out. Everyone wants one. Why?

Well, see above about the smartphone spying revelations – but there’s more to it than that.

It’s cheap, it works, and it doesn’t have all the fluff that people don’t really need.

In times of economic hardship, spying, and political uncertainty, people want something familiar and certain. The 3310 is like an old friend that we’re all SO happy to see again after all these years! It takes us back to a time of certainty, even if we now realize that this “certainty” was false.

More than that, I suspect there is an undercurrent involved here… There is a (still mostly unconscious) realization that the technology in our lives is not necessarily making them better.

We’re losing our connection to each other. We’re making it easy to be controlled and spied upon, and everything is becoming “us versus them” – which forces us to live in fear. We are afraid for our children’s future.

We love technology because it’s useful, but also because it often numbs us, and prevents us from feeling and connecting with others. Of course, I still love it… But I have a vision of a different kind of tech in our collective future. Or at least technology taken in a much different direction…

So, where are we right now in terms of technology?

We are on the verge of a revolution

I know, that word is scary: revolution.

It has not yet begun in earnest, but I predict it will be blatantly evident in the next few years.

Times are changing, and so are people.  How many people do you know who’ve been through a “rough patch” lately? Yeah, me too.

Technology easily becomes a drug – an addiction of sorts. And when that addiction can be used against us, well…

Eventually, the dam will burst 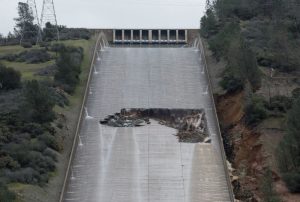 The technology of the future isn’t Virtual Reality, or Augmented Reality, or even Humans Replaced by Robots; the future of tech is you and me. What we actually need and want is a very different kind of tech that is not about ME, but about US. Just imagine Groupie Sticks instead of Selfie Sticks… 😉

We don’t need more Jobs, Gates,  Zuckerbergs, or Musks – we need you and me, connected, whole, and not afraid to stand up for what we believe in. Change is here whether we like it or not. So, should we deny it, or try to help shape it?

Problem is, just as you can’t fix your puter if you’re hysterical or terrified of it, you also can’t help to fix anything else when you’re in that state.

Naturally, some chaos will probably ensue. But we’ll get there, trust me… because I am the Toilet Whisperer.

…and God Bless “Made in China”

So how about that? And here you were thinking I was gonna say something like, “Oh my god, oh my god! The new Samsong Nebula Edge Max S10 will be like THE game-changer in 2017!”