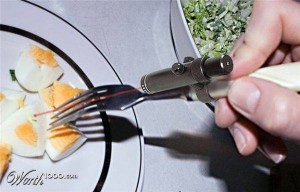 Isn’t it awesome?! No, it’s retarded.

If I read one more article about how “the PC is dead, long live the smartphone and tablet!”, I just may have to vomit. A lot.

Nowadays, it’s smartphones and tablets that make the news the most, and not without good reason. Yes, they are capable of some pretty amazing feats. And people are most definitely obsessed and/or fascinated with touch everything.

As an interesting aside, I recently ditched Windows 8 and went back to Windows 7. The reasons for this are directly related to the whole “the PC is dead” thing, and how Microsoft has gotten it all terribly wrong.

But, I digress. First up, why isn’t the PC dead?

The answer to this simple question should be patently obvious.

Do you remember the days of the EGA monitor with 16 colors and a ridiculously low resolution? How about 256-color VGA screens with “1024 x 768 super-high-res mode”, where it took your computer 10 seconds to load a JPG image on the screen? After that, we had SVGA, WUSVGA, UUVWXXGA, UWXGA, VWGA, UUGABUUGA, and so on. But generally speaking, today the standard is Full HD, aka 1920 x 1080 pixels in 16.7 million colors.

Well, that’s nice, right? And that’s the resolution of a Blu-Ray movie, right? And now they’re talking about 4X FullHD, which will be 2 billion by 1.125 billion pixels. That’s fabulous, yes?

You see, my first thought is that there comes a point where “high-res” is good enough, whether it’s screens, or audio quality, or whatever. And in terms of the average human’s perceptual range, we’ve passed that point already. Going from VHS to DVD was a much larger improvement in quality than FullHD to 4X FullHD. It’s that whole diminishing returns thing.

So, there’s that. Then, you think about computing power. How much power to you really need to post crap on your Facebook page? Not very much. That 3-year-old puter will do the trick quite nicely. And do you really need or want to watch all your YouTube vids in FullHD? Well, not really. Especially if you don’t yet have uber-broadband coming into your home, and most people don’t…

Next, think about the smartphone market. I recently read a report that said that smartphone owners spend 1/3 of their time playing games. Well, sure, that will always drive technology forward, whether you’re talking about a smartphone or a PC. But in both cases, you don’t need an 8-core processor and a graphics chip capable of decoding 4 independent FullHD video streams simultaneously in order to work on a spreadsheet in Excel or type up a report in Word.

And that brings me to my next point: You CAN do work on a smartphone or tablet, but honestly, do you? If given the choice between programming something, or typing up a report, or working on a spreadsheet, or using CAD software, would you rather use a smartphone/tablet, or a PC?

I think in most cases, the response would be, “Give me a damn mouse and keyboard! Oh, and I don’t want to have to worry about battery life!”

It seems to me that the major reason that PC sales are down is because the average consumer doesn’t see the need to upgrade his puter at the minute, and he’d rather spend some bucks on a mobile toy. That doesn’t mean that the PC is dead. It just means that especially in an economic downturn, people won’t spend money they don’t have to get everything they want. Instead, they will compromise, and most likely they will go for the flashier, more “chic & geek” toy.

It kinda seems like plain old common sense to me. Sure, I can connect a keyboard, mouse, and FullHD monitor to my Android smartphone, but why the hell would I do that when I could just plop my phone in its charger and log in at my PC? My way-the-heck-more-powerful, 2-screened, equipped-with-massive-storage-space PC? It’s simply no competition.

So, moving along: Windows 8 sucks. It blows chunks. And that’s why I ditched it.

You see, Microsoft came out with Windows 7, and it was what Vista should have been. Sales were good. People finally ditched their old puters running XP, and they bought new machines with Windows 7. That made sense.

But now, they have a perfectly good puter, and they’d rather buy a new smartphone or tablet. Makes sense.

In the meantime, Microsoft decided that since their Windows Phone interface is really well-done (for a smartphone), they’d just unify the experience across ALL devices, including PCs, and thus was born the Windows 8 Start Screen. This is quite possibly the most asinine thing they’ve ever done.

My PC doesn’t have a touchscreen. The Start Menu worked fine. I’m not going out and buying 2 new touchscreen monitors just so I can get fingerprints all over my screens. I mean, WTF?

Worse yet, in terms of reliability and “feature-completeness”, Windows 8 to me is more of a Vista than a Windows 7. They rushed it out the door without the polish, and with the horribly-implemented Start Screen (for a PC), and now they’re even afraid to talk about sales numbers – remember what a hot seller Win 7 was?? 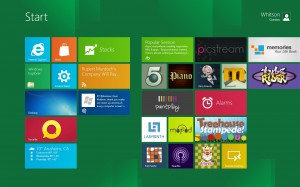 Well, duh!  My PC isn’t a smartphone, and it’s not a tablet. It’s a PC. And no, I’m not going to replace it with a Surface, because that would be completely idiotic. This isn’t really rocket science.

And contrary to what the peeps at M$ seem to think, Windows 8 does not make me feel like I’m Tom Cruise in Minority Report, and Windows 8 is NOT the “next big thing”, and no, I do not “feel cool” while using the glorious unified interface formerly known as “Metro” but now known as “Absolute Crap”. In fact, I even ditched my Windows Phone for an Android one, because even though the UI on Windows Phone really is good, the whole rest of the infrastructure surrounding Windows Phone (including app availability and purchasability) was simply piss poor. And I then I ditched Windows 8. Great work, folks!

And so, I obliterated Windows 8 from my puter, and went back to Windows 7. I’ve never been happier. Frankly, I don’t need or want a phone UI on my PC, because (*SHOCK!*) it’s a PC, not a phone.

Anyway… Yes, the PC will no doubt evolve. But frankly, I would have lost my mind if I had to type this post up on a smartphone or touchscreen. There’s just nothing quite like a good old fashioned keyboard. When you think about it, the keyboard and the mouse have had such sticking power for so long for one simple reason: they work. So why mess with a good thing? Until we see Star Trek: The Next Generation computers, the mouse and keyboard – as well as that box they’re attached to – won’t be going away.

And as for The Cloud, are you kidding me? With my net connection?! If you have a 100Mbit symmetric net connection, congratulations. Most people don’t. Do you also have that on your phone or tablet? No, you don’t. Do you really want all your personal data moseying down from The Cloud onto your work puter? No, you don’t. Honestly, who is the moron who came up with this idea?

As for Windows 8, I think the big problem is that MS decided they’d try to become The New Apple, and frankly, that model is not sustainable given the current climate – especially economic. The fact is, “I NEED this” is replacing “I WANT this” for most people. In such a climate, you don’t want to be like Reality Distortion Field-happy Apple; you want to produce something stable, reliable, and mostly familiar – with improvements.

Having said all that, I have heard that Win 8.1 will restore the start button, and possibly even the Start Menu. That’s excellent news if it’s true. But while Win 8 does have a LOT of under-the-hood improvements that I really liked, they also need more polish as I mentioned earlier. They’re not “ready” like “Windows 7 was Vista done right” ready. Well, we’ll see.