My puter is SLOOOOW!

Now, the question is: How do you figure out what’s making things pokey?

Easy! In Windows, just do: Ctrl-Alt-Del

Hold down the Ctrl key, then press and hold the Alt key, and finally tap the Del key. 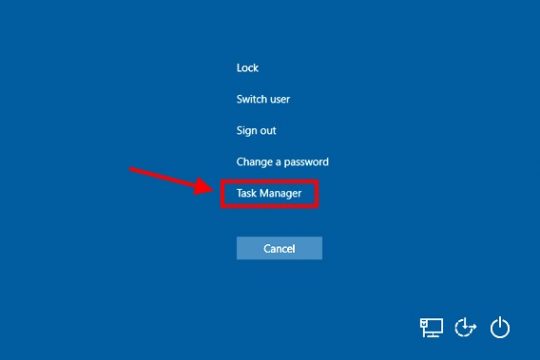 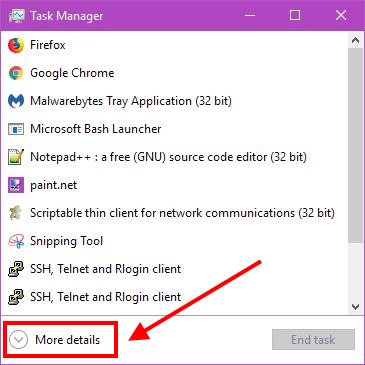 In the Memory column, you’ll usually see that some program is gobbling up LOTS of your RAM: 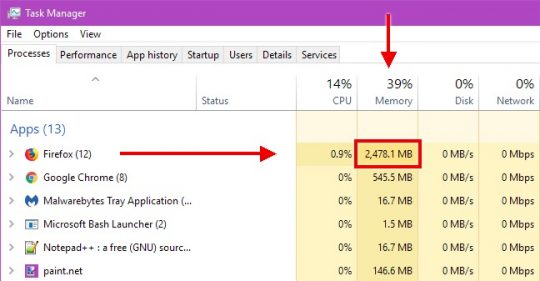 WTH?! Why is Firefox eating up 2.4GB of my precious RAM?

So, close Task Manager, and then close and restart Firefox. Ta-DA!

Should any program ever refuse to close, you can also select it under the Apps column, and then click the End task button in the lower right-hand corner of the Task Manager window.

Yep, it was. Why does it happen?

In the case of Firefox, having many tabs open for many hours generally starts to cause Firefox to eat up RAM (your puter’s short-term memory). This has been a problem with Firefox for a long time, but it’s gotten much better in recent years.

Unfortunately, Firefox is not alone in this department.

In short: The more stuff you have open, and the longer you leave it all open, the slower your puter will become – generally speaking. Very often, all that’s required is a simple program restart (or relaunching multiple programs), and Bob’s your uncle.

Also, it depends. If you use a certain browser with certain add-ons, it might be slow and eat up memory. Somebody else with a different add-on or no add-ons won’t have the same problem. Or, if you frequently use your browser’s “Development Tools”, watch out! They eat up RAM pretty quickly. The same is true of many applications out there.

Note that normally, programs are supposed to release memory back into the “pool” of total RAM when they’re done with it so that each program doesn’t gobble everything up. But very often, that just doesn’t happen for a whole variety of complex reasons.

And as usual, even with Windows 10 it’s a good idea to reboot your puter at least once a week if you leave it on all the time.

Now, you just have to remember this tip the next time your puter is driving you nuts – and that’s the real trick!