So, as I mentioned in my earlier article:

I should note that the particular puter I upgraded (motherboard, processor, and RAM) had already been upgraded once already since the free original Win 10 upgrade was installed.

So, this would be the second major hardware upgrade.

Also, the time period since the last upgrade was only 18 months, which isn’t terribly long.

Unfortunately, no one seems to know how many times you can re-activate Win 10 using the MS Account Trick outlined in my above-linked article.

In this case, the answer was: once!

And that’s with [originally] upgrading to Win 10 Pro from a retail version of Win 8.1 Pro.

Okay, except there were 2 other puters I also upgraded.

Neither of them had ever had a hardware upgrade since they were switched to Windows 10 from valid retail versions of Windows 7.

Neither of them would re-activate after a motherboard replacement, either… and again, this is in spite of the fact that I did the “Digital License tied to a Microsoft Account” trick.

The old motherboards (now 3 of them) from the aforementioned 3 upgrades went to a colleague of mine. He used them to build and/or upgrade another 3 machines.

Well, whattaya know: Every single one of those 3 machines re-activated without a problem. Mind you, no logging in to an MS account was required… All 3 just reactivated after installation was complete. No upgrade installs here.

Now, in one case, the processor was swapped out for a different one before I gave him all the motherboards.

So, that means that Windows 10’s product keys are tied to (at most) the motherboard and RAM – and probably just the motherboard. Even swapping out the processor didn’t prevent them from reactivating.

And mind you, in all 3 puters he built with the parts I gave him, all the other components were changed: new hard drives, new SSDs, different graphics cards, etc.

I’m sure you’ve read the Official Explanation from a variety of sources. In fact, one of my favorite things in all the universe is when someone publishes an article – with Official Insider Info Direct from Someone Who Works At Microsoft, supposedly…

And then I discover that Oops! No, it doesn’t work that way.

So much for that “Inside Information”.

At this point, this is what seems to be happening as far as I can tell:

1. If you took the free upgrade to Win 10 from a valid retail key of Win 7 or 8, you can upgrade the motherboard one time at most. But, beginning in “recent times”, that means you’ll still probably have to call MS to reactivate. The MS Account Trick no longer works like as MS claims it does.

2. If you took the free upgrade to Win 10 from an OEM key of Win 7 or 8, you cannot upgrade the motherboard, no matter what. Now, I know that some people have managed to get around this, but given what seems to be happening in #1 above, I highly doubt this works any more.

4. Once Win 10 is activated on a given motherboard, it is apparently tied to that motherboard forever, no matter what you do (as of August 2018). This is not what MS officially says, but this is exactly what I and my colleague have officially experienced.

5. You may have read about re-activating Win 10 with the slmgr.vbs command (see here and here). That also doesn’t seem to matter. Deactivating doesn’t release the key back into the wild; it just deactivates Win 10 on the puter itself. When you try to reactivate, the activation servers still have a record of that key being used before, so no dice. This makes sense when you think about it.

Look, I’m an enthusiast. I build lots of puters. 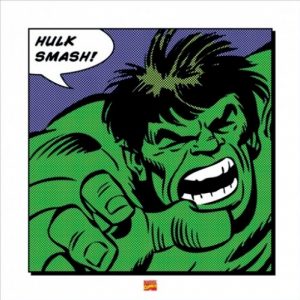 When you tell me I’ll get Win 10 for free, and then I upgrade my hardware, I expect Win 10 to continue working… as many times as I damn well please.

I’m only ever using that copy of Win 10 on ONE MACHINE at a time.

You said free, so make it free – and KEEP it free. Especially for techies like me, who are the ones who convinced a whole bunch of other people to use Win 10 instead of Win 7…

So please, M$, just make the insanity stop! Let me tie my key to my M$ account, and move it as many times as I want.

If you don’t, I shall become angry. And you wouldn’t like me when I’m angry…