Run cables the easy way: with a hot glue gun 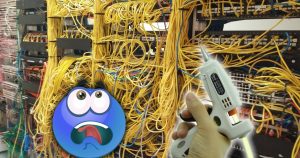 Let’s say you’ve got ethernet cables running all over the floor because you don’t want to use WiFi.

Or maybe you want to install another phone jack, but you want to route the cable nicely along the baseboards.

Of course, routing cables inside the walls is always the prettier option, but it’s also not easy to do in a finished house.

Well, I have a new friend, and she’s a hot glue gun. As her name implies, she’s rather attractive – and very handy when it comes to routing those cables in no time flat!

Traditionally, people run ethernet, phone, or other cables with little clips that have a nail in them. They might look something like this: 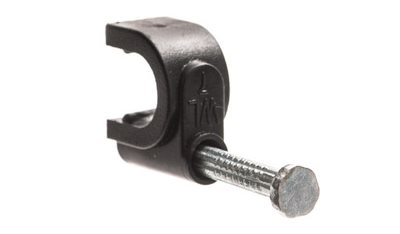 Attaching a cable with clips ends up looking like this: 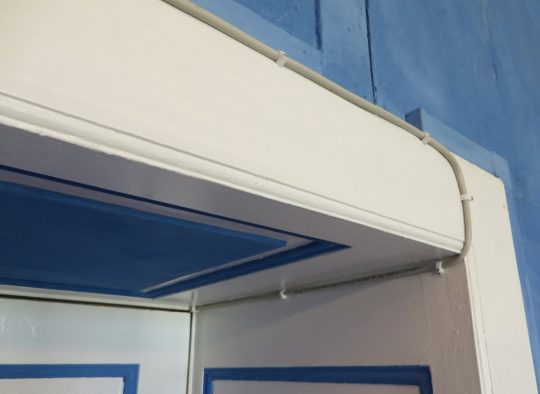 You also have to attach the cable to wood or some other surface where the little teeny nails will actually hold. Plus, unless you use a ton of these clips, the cable will sag.

You might also try U-shaped staples, but it doesn’t seem very wise to use a gun that fires sharp metal projectiles near, say, an ethernet cable.

Everybody knows about hot glue guns. Unfortunately, they are mostly associated with arts and crafts. When it comes to running cables, nobody ever thinks, “Yeah, hot glue!”

But it turns out that this is the absolute best way I’ve found to route ethernet and phone lines around the house. Like so: 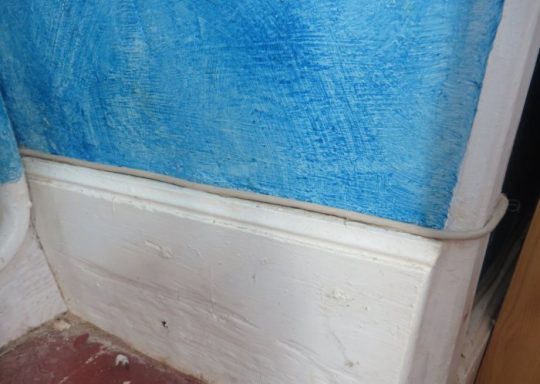 There are plenty of advantages:

How to hot glue a cable

This part is really easy:

In no time flat, you’ll have a beautifully routed cable.

Don’t get any hot glue on your fingers, because it’s hot! Also, don’t touch the tip of the gun to the cable itself.

Other uses of hot glue

It seems that hot glue, or hot melt adhesives (HMA) are used for darn near everything!

A hot glue gun can be very useful in the workshop to hold 2 pieces of wood together until you can get a screw or nail in there.

So there you have it: pretty cables, and a whole lot more!