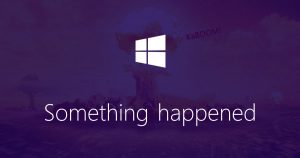 Next, I recently ran into a problem trying to upgrade a puter from Windows 7 to Windows 10.

I’d run the Win 10 installer from within Win 7. It would reach the point where it was about to reboot for the first time to actually start the upgrade, and I’d get the following lovely error message:

There are many “fixes” for this Something Happened Error, but none of them worked for me. After a bit of digging, I found a solution that works!

END_OF_DOCUMENT_TOKEN_TO_BE_REPLACED 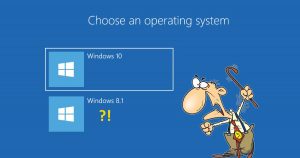