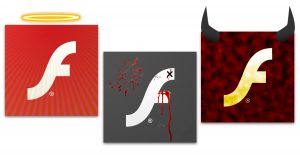 9 thoughts on “Is the Adobe Flash Player really dead?”