QuickFix: My program is running, but I can’t see the window on the desktop! 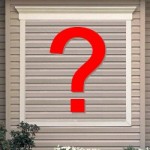 Everyone has run into this problem at least once: you are running a program, and you minimize it to the task bar. Later, you try to restore the window by clicking the program on the task bar, and nothing happens.

You’re program is running, but its window has somehow moved outside the desktop area. Firefox – bless its flaming little heart – just loves to do this to me.

Since it was such an annoying problem, I managed to figure out a couple of ways to restore the “hidden” window…