GPS vs Smartphones: Which is better? 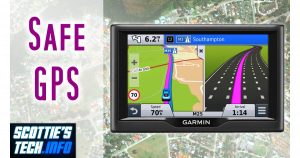 These days, everyone just uses their smartphone for GPS navigation.

GPS is also present in most cars.

In the olden days, we had dedicated GPS gizmos for navigating. You can still grab a GPS-only device these days – and for fewer bucks than you might think.

But is it worth it to have a dedicated GPS?

It turns that yes, it is… For quite a few reasons, actually, not the least of which is simple privacy.

END_OF_DOCUMENT_TOKEN_TO_BE_REPLACED

You may have heard of the recent fender bender in outer space between an Iridium satellite and a “defunct” Russian satellite:

Russian and U.S. experts say the first-ever collision between two satellites has created clouds of debris that could threaten other unmanned spacecraft.

Lyndin said Thursday that officials would monitor the debris from Tuesday’s collision to make sure no fragments get near the station. He said the station’s orbit was adjusted in the past to avoid debris.

Other Russian and U.S. officials warn that satellites in nearby orbits could be damaged.

The smashup occured over Siberia when a derelict Russian military communications satellite crossed paths with a U.S. Iridium satellite.

The two big communications satellites collided in the first-ever crash of two intact spacecraft in orbit, shooting out a pair of massive debris clouds and posing a slight risk to the international space station.

NASA said it will take weeks to determine the full magnitude of the crash, which occurred nearly 500 miles (800 kilometers) over Siberia on Tuesday.

Okay, so let’s think about this, because I don’t buy it. Why not?