Change the display language in Windows 10 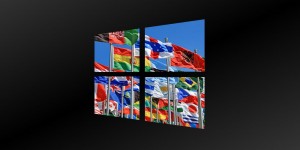 In the olden days, you were quite often locked to one language in Windows, unless you had Windows 7 Ultimate.

These days, with Windows 10 you can change the display language in most cases.

There are a few exceptions, like if you buy a puter with an OEM version of Win 10. Some OEM versions of Windows 10 only allow certain languages.

For example, a new laptop purchased in France with OEM Windows 10 may allow only UK English, French, and German. Still, that’s better than nothing!

So, how do you change languages and get all the settings just right?