When it comes to features, there aren’t many. In short:

Um… Looks pretty much the same to me, except the background color of tiles on the Start Menu is… lighter. Some native Windows icons have also been updated. That’s it.

Notifications that appear now have the program icon and name, as well as prominent close and options buttons. Not much to see here.

Does anyone actually use this – or even know what it is? Well, it changed!

Edge is now based on Chromium, the open-source base of Google’s Chrome web browser. Finally, Microsoft has given up trying to make a web browser that actually works.

I’m not sure this is an improvement, but the Settings -> About page now includes some links to do fun stuff: 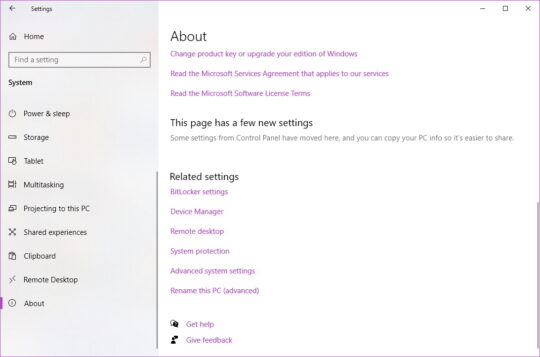 This is important because in the next version of Win 10, the old Control Panel from the Windows 7 era will be disappearing. EEK!

And you can easily change your screen refresh rate in Settings -> System -> Display -> Advanced display settings (scroll down to the bottom): 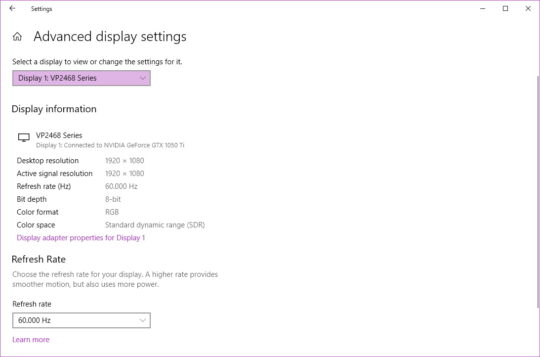 Believe it or not, that’s easier than before. 🙂

There is literally nothing to see here. Every single one of my settings is exactly as I left them, and I didn’t find any new settings to play with. YAY!

Your old Gadgets will still be there in Win 10 20H2, but for good measure you should probably upgrade to the latest version of 8GadgetPack if you haven’t lately.

If you have the EU-friendly N version of Windows 10, you’ll notice that your Windows Media Player is NOT missing after the update to 20H2.

If you didn’t install the feature pack the last time around, just follow the instructions on Microsoft’s web site, which I’ve reproduced below:

Note, you will not be prompted to restart your computer, but you must restart in order to successfully complete installation of the Media Feature Pack.

Be advised that the NEXT version of Windows 10 is rumored to have a redesigned Start Menu… because that Magic Tiles layout never quite caught on.