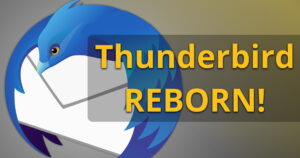 You see, in our modern era of a “new version” of software every 3 days, Mozilla decided to just skip from 68 directly to 78.

Why? God only knows. But don’t you feel better knowing that Thunderbird is now TEN versions newer?! 😛

Actually, a lot… You can read the Thunderbird 78 changelog here.

You really should check it out… There are a lot of new little features, as well as a few big ones – like:

Okay, but what’s BAD about Thunderbird 78?

Oh, there are a few annoying changes. For example, look at how colorful things are now: 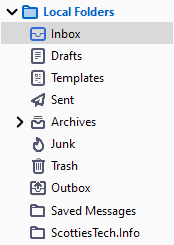 This is what it used to look like in v68: 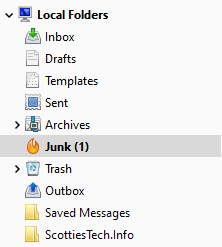 You can read more about Thunderbird add-ons here.

Most likely, that means you’re favorite add-ons are hosed! Again.

Fortunately, as you’ll see below, the Tbird community is rapidly cranking out replacements – and in many cases, they work better than the old ones.

So all is not lost…

Whatever! How do I get my colored folder icons back?

Easy! You can now customize the color of each folder icon – one by one. It’s tedious, but it works.

First, pick the folder icon whose color you want to change – like the Junk folder.

Right-click the folder, and choose Properties. You’ll see this: 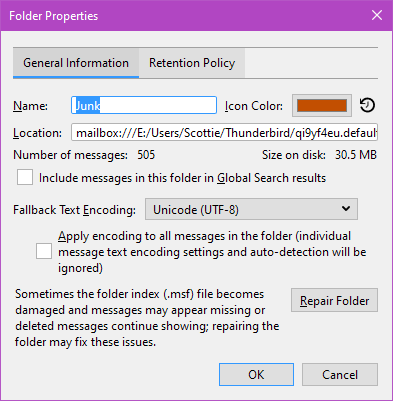 Click the colored box after Icon Color, and you’ll get a color picker: 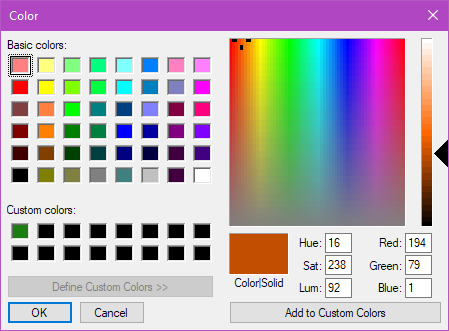 Note that if you want to make multiple folders the same color, you can choose a color and then click the Add to Custom Colors button to make your life easier!

After colorizing, my folder pane now looks like this: 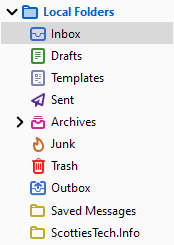 Oh no! My Message Pane is ugly and huge again!

If the info bar in your message pane looks like this now:

You can fix it. I prefer a compact header, and buttons that have no text. I also insert spaces between the Junk and Delete buttons to prevent clicking the wrong one.

With a little tweaking, your header bar in the Message Pane will look like this:

Almost there! Now, I was using the old add-on CompactHeader, but it’s no longer supported in Thunderbird 78.

Fortunately, just a few days ago, I discovered Compact Headers. Install that, and BOOM:

But, but… What about my other add-ons?

Many of them are already almost compatible with the new MailExtension add-on.

I’m guessing that many of the most popular add-ons will see new versions released quite soon.

And finally… Thunderbird is gonna get WAY better!

If you’re a Thunderbird fan and you’ve been lamenting the slow development pace, hold on to your hat!

You might want to check out the Thunderbird 78+ Roadmap.

Some REALLY cool things are in the works…

So, while change may be painful, it appears that Thunderbird isn’t going anywhere anytime soon – despite everyone else’s love of webmail.

In fact, this is all part of big changes with the Thunderbird development team, as well:

There was a time when Thunderbird’s future was uncertain, and it was unclear what was going to happen to the project after it was decided Mozilla Corporation would no longer support it. But in recent years donations from Thunderbird users have allowed the project to grow and flourish organically within the Mozilla Foundation. Now, to ensure future operational success, following months of planning, we are forging a new path forward. Moving to MZLA Technologies Corporation will not only allow the Thunderbird project more flexibility and agility, but will also allow us to explore offering our users products and services that were not possible under the Mozilla Foundation. The move will allow the project to collect revenue through partnerships and non-charitable donations, which in turn can be used to cover the costs of new products and services.