Why most video games these days suck 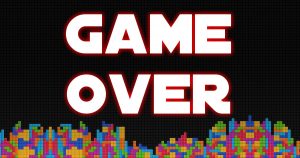 You know, that’s when you’d play a game, but type in some secret codes that gave you unlimited life, unlimited ammo, and so on.

The point was to play as if you were some kind of Hollywood Hero with infinite muscles and you couldn’t possibly miss even in impossible circumstances.

It’s not realistic at all, but then neither are video games. And neither are Hollywood movies where people fire handguns sideways (and upside down) with zero recoil and perfect aim. After saving the world, they get the girl. Yeah, that’s called “La-La Land”…

It’s a momentary bout of dissociation – for better or worse. Instead of watching Ahnold or Stallone or The Rock or Diesel or Cruise be the badass in a 2-hour movie, you’re the badass in a few hours of game-play.

Today, the vast majority of the time you’re not allowed to cheat since the devs usually remove all cheat codes and console commands before releasing a game.

Sure, you can use a “trainer”. The problem with trainers is that they are literally malware. They directly hack chunks of memory while the game is running in order to allow you to cheat.

Since they’re written by god knows who, and since for most of them you have to turn off your malware detection, you can bet that using a trainer means begging for some virus, ransomware, and other exciting goodies on your puter.

Instead, you’re required to play the game exactly as the Almighty Designers dictate… which is crap.

It’s crap because in order to win, you must devote an inordinate number of hours to playing and finishing the game.

Most likely, you must repeat certain scenes, over, and over, and over, until you emerge with the maximum amount of health, ammo, or whatever, while accomplishing the task at hand… or at least until you don’t virtually die.

In other words, you must waste a massive amount of time.

I remember watching my brother do this playing Doom. He would play a certain scene, over and over, until he got it “just right”. I always thought why not cheat? Then it’s like a movie. It never made any sense to me – to waste so much time striving for some sort of artificial perfection.

In real life, things are different: You work hard to excel. In video games, it’s not real. Who cares how you get there?

Well, the developers care, because they spent lots of time crafting the perfect “experience”. And they don’t want you to corrupt that experience they designed by cheating. I get it, really. I just don’t agree.

It isn’t even really a question of skill, because the type of skill involved doesn’t really translate into anything useful back here in the real world.

Another relatively new thing in gaming is Open Worlds.

Put another way, there is often no longer a linear storyline. Instead, the game consists of a massive “world” where you can complete any number of quests in any order.

Obviously, completing certain quests before others means benefits or drawbacks when you subsequently engage in follow-up quests.

But the bottom line is this: Instead of playing the whole game in a few hours (like driving a movie), you will undoubtedly spend literally HUNDREDS of hours playing many modern games.

Well, because the more you play, the more… Well, nothing. Nothing at all.

I suppose there’s some metric that counts as some kind of nebulous achievement, like “time played” when you consider games downloaded from services like Steam. As you complete the game, services like Steam also give you Achievements, which are like trophies that can be displayed for all the world to see.

Other than that, you get NOTHING… except less time to live your real, actual life.

In the case of MMORPGs (Massively multiplayer online role-playing games), it’s even worse. Not only can you play them forever – or, um, until you die – but this artificial world becomes the substitute even for socializing in the real world.

Witness the ridiculous popularity of “gamer channels” on YouTube. When not playing yourself, you can watch countless hours of other people playing online! WEE!!

And then there’s the violence…

Now, I know I’m supposed to say that violent video games are the root of all evil. And I will admit that some games out there where you can literally (virtually) rape and pillage are WAAAY beyond anything that might appeal to me, personally.

But I have yet to see any actual, useful statistics that clearly demonstrate a link between violence in video games and violence in real life.

Even modern 3D video games are a far cry from what the real world looks like. These days, even with all the improvements in rendering, games still look like a bad CGI version of reality. It’s pretty clear that it’s not real.

We just like to blame all the wrong things for the world’s problems because then we don’t have to think about – or attempt to fix – real issues in real people in the real world.

The reality is quite simple: You’re supposed to engage in countless hours of game-play because it’s a wonderful way to keep you so distracted that you have no energy left for anything else.

You won’t notice that your country is literally swirling around the toilet bowl.

You won’t notice that politics, society, and everything else has literally gone to hell.

You will be pleasantly distracted from harsh reality by endless hours of mindless gaming.

And most certainly, you will not think enough about your own life struggles, how to be a better person, etc.

It’s very much like the rest of reality today: It’s artificial, it’s distracting, and most of it is 100% fake.

I would love to shoot more Virtual Nazis in the latest Wolfenstein: Youngblood game, but alas…

I just can’t be bothered any more. I suppose that’s a good thing.

I’ll stick to the occasional puzzle game, like The Turing Test or The Room: Old Sins.