If people watched your videos, then YouTube saw a good thing like everyone else, and they helped promote you.

They also made money off of you, which is nice for them. Keep in mind that of all ad revenue generated by your YT vids, YouTube keeps 40% for itself. 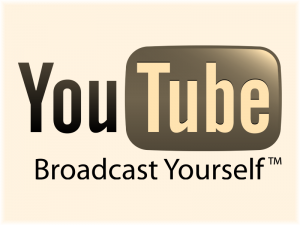 So, it’s not in its interest to piss everyone off or ban anyone – especially popular channels. That would be a bit like Intel banning its own sale of Core i5 processors because i5 = pentagram = Satan.

Yeah, I know that’s a nonsensical analogy, but that’s YouTube for you.

Anyway, that was the olden days. Things were simple.

Over the past several years, the situation has become more and more ridiculous.

There have been various tweaks to the algorithms that decide who gets promoted and who doesn’t. One of the big ones was Watch Time.

It didn’t matter how many subs you had, or how many notifications, or how many videos you uploaded. The most important factor was the amount of time people were watching your content.

Of course, this turned out to be terribly “bad” according to Google / YouTube because too many people were watching content by certain people who did not have Google’s sociopolitical Gold Seal of Approval.

Various other changes were made to supposedly suppress content related to the exploitation of children. As of right now, it seems it’s still not working – although surprisingly enough, all of their other “content control” stuff seems to be doing its job quite nicely!

We know this because you can hop on YT and watch countless videos from pissed off content creators.

Even creators with 6 million subs are being approached in the street and asked why they haven’t uploaded a video in months. When informed that many videos have been uploaded, both creator and watcher stand there in utter confusion while attempting to contemplate the Mysteries of the Great Algorithm.

All you have to do is look at the political/social climate, and everything is breathtakingly clear.

YouTube is deciding what you and I should watch. In the meantime, US Senators are grilling Google for their political bias and potential election-swaying… While Google continues to push the idea that “Russia did it”.

HMM… Isn’t that a daisy?

Of course, that grilling is itself politically motivated, but certainly you can see the problem here.

It’s no longer about content that people want to watch. It’s not even about making tons of money (40% of ad revenue is a HUGE cut). And it certainly isn’t about technology anymore.

Big Tech has become so politicized and resorted to such extreme “filtering” that the former Soviet Union would be proud!

Yes, it is AMAZING

Recently, there was a hullabaloo about LGBT folks being harassed on YT.

YT apparently was not doing enough to protect them.

Can we just pause here for a moment? Has anyone who works at Google or YouTube ever actually started their own channel? 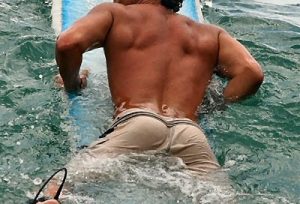 Yeah, that’s not me

If they had, they would very quickly learn that EVERYONE gets trolled and harassed on YT. I have even been propositioned several times, and also informed that my rear end is probably pleasant to the eye (and other things) by multiple gay men.

So what?! Should I complain of harassment? Isn’t it already sad enough that these gay men obviously can’t get a date, so they spend all of their time getting randy over some middle-aged hetero guy talking tech on YT?! The same is true of hetero men who drool over women on YT.

I’ve received so many choice comments on my vids that if I responded with a cruise missile to each negative comment, there would be nothing left of Planet Earth – or our sun for that matter.

If you can’t deal with people calling you names and treating you like dirt, you better learn. Just remember that Mommy Google isn’t always going to be there to hold our hand.

It’s called life. If you expect everyone and everything to conform to your way of thinking and being, you’re not gonna last very long out there in The Real World.

The same is true of politics. Your political opponent is usually not Satan Incarnate. He’s just someone who doesn’t agree with you, and that’s not a crime. Unless you want to live in a dictatorship, of course…

In any case, the new YT thing is “clicks within the first 24 hours”.

IOW, you post a video, and you better have a really cheesy clickbait image and a clickbait title WITH LOTS OF CAPITAL LETTERS AND APPEALS TO EMOTION!!!!

If you don’t get at least 100k views in the first 24 hours, sorry, you lose… And even if you do, don’t plan on getting ad revenue like you used to. Advertisers are apparently either fleeing YT in droves, or deathly afraid to advertise on videos that don’t perfectly toe the PC Google Line.

What’s more, YT just modified their notifications system so that now you have to click more and enable “All” notifications (after subscribing). And now – they promise – you’ll actually be notified of new vids via e-mail or push notification.

Unless of course the content you’ve subscribed to is not in line with Google’s world view, and then forget it.

Nothing, really. Insanity like this always collapses under the weight of its own short-sighted stupidity.

Just keep posting content and watching content you like. If necessary, bookmark your favorite channels, and visit them regularly to see if there are new vids posted.

This isn’t the first time YT has changed things, and it won’t be the last.

And if you’re a creator, just keep creating. No, you probably won’t make millions or get to leave your day job.

But look on the bright side: You might help someone else, and you’ll definitely learn a thing or two.

You’ll also get more than 3 hours of sleep every night, you’ll actually have quality time with friends and family, and you won’t end up literally killing yourself via the frighteningly-common YouTube Creator Brain Cancer Syndrome.

Frankly, none of it is worth the Views.