Roll your own Router with OpenWrt – but not with a Turris

Everyone has a home router, whether they know it or not.

You can, of course, add your own home router in between your home network and your ISP’s box. This provides an extra level of safety – among other things.

Those of us who are a bit more techie (and crazy) like to roll our own router. There are many reasons for this, not the least of which is security.

Unfortunately, not all routers are created equal, even when they’re “created” by you! 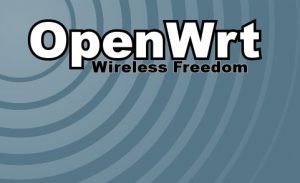 OpenWrt is an open source project that provides linux-based router firmware that you can flash on a whole variety of easily available home routers.

The idea is that you flash your home router with their firmware, configure the living bejeebies out of it, and BOOYAH!  There is even a nice web interface with all sorts of packages available.

Want your router to be a print server, or NAS, or a media streaming server, or a seriously powerful firewall, or… whatever? No problem! There’s a package for that.

You’ve got a pretty sweet router that does everything you want – usually far better than the stock firmware.

One of the primary reasons to use OpenWrt is that home routers very rarely get firmware updates. You may have read news stories about security holes in home routers (both WiFi and wired). These things generally are about as leak-proof as a colander. 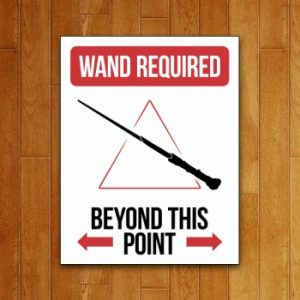 Installing OpenWrt and configuring it is NOT for the faint of heart. You need to be ready to read a lot, play a lot, and you will have to SSH in to the router and play Linux Command Line Commando.

So, if you don’t know how to do any of that, get ready to learn – like, A LOT – or just stick with your home router.

The other problem is that while the OpenWrt docs are filled with info, I have never found an easy guide to installing and configuring it – mostly because the process is simply not easy or quick.

The most thorough how-to guide still won’t tell you everything you need to know. You’re gonna have to get your hands dirty, I’m afraid.

Why I use OpenWrt

Well, that’s easy: because I have 4 internet connections and I need to load-balance them. That’s what happens when you live in the boonies.

Thing is, there are a handful of multi-WAN load-balancing home / small office routers out there, but even fewer that support 4 WAN (internet) connections. The TP-Link TL-480T+ is one of them:

Since that particular router is not very good at load balancing, I needed something with a bit more power. OpenWRT fit the bill quite nicely because of it’s mwan3 and sqm packages.

These packages are the Load Balancing and the Smart Queue Management (aka traffic shaping) that route packets very intelligently (if properly configured) so that 4 slower internet connections feel like 1 fast one.

In other words, you can take a powerful home router that does not have multi-WAN capability and turn it into a customized, multi-WAN, nice and secure custom router!

Even if you don’t have multiple WAN connections, a custom router can still save the day if you have, say, crazy children downloading god-knows-what 24 hours a day via file sharing methods that are saturating your router.

With OpenWrt, you can monitor traffic, see what puters on your LAN are using what ports/protocols, and create rules to throttle that pesky traffic so that others get a chance to play with the internet, too.

I actually suspect that many of the problems people have with their ISP boxes “not working” are quite simply those simplistic boxes/routers being overwhelmed by too many download connections of the ‘wrong’ kind.

For example, Mega downloads can quickly saturate a router with UDP packets as the service tries to open as many download streams as possible. One person is VERY happy with the their fast download speed, while everyone else in the house is crying and whining that Instagram won’t load. Ah, the internet…

Which router to pick for OpenWrt?

Why? Well, it’s not cheap at $159, but it’s one of the fastest routers out there that has plenty of processing power, more than enough RAM for most tasks, and I’ve had one for years without a single problem.

It’s also fully supported by OpenWrt, which is nice.

It also happens to have a “double firmware” so that if you have a problem, you can perform a Secret Reset Trick that will revert back to the previous firmware version + configuration. Very handy when monkeying with OpenWRT and you happen to brick the device… Ahem.

Did I mention that this kind of thing isn’t for beginners? 😉

By the way, remove the antennas on the Linksys and deactivate WiFi in OpenWrt, and you’ve got a nice wired, RF-free router! That’s what I did.

A word about the Turris line of routers

Ah yes, the Turris Omnia… Created by the wizards at CZ.NIC, the Omnia is an open source router that you used to be able to pick up on Amazon for the low price of $250-300. 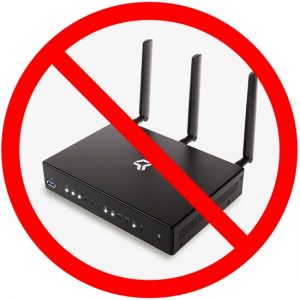 Apparently, it’s no longer for sale, and that’s a good thing. It appears it will soon be replaced by the Turris MOX.

I grabbed one of these (the 1GB non-WiFi version) from Amazon.fr just under one year ago for 229€ because it looked truly awesome.

CZ.NIC is the originator of the Knot DNS server, which is a big thing. These are some smart people. So, when I saw they had created a router that was open source, complete with a custom version of OpenWrt that they provided regular automatic updates to, I was sold!

OpenWrt doesn’t have auto-updates. When a new version is released, you have to flash your router again and generally reconfig everything. It’s not easy.

Long story short, Turris OS 3.11 was released around December 10th. My Omnia grabbed the update roughly 1 week later… and it totally stopped working. As of 2+ months later, the problem has still not been resolved by further updates. I won’t go into painful detail, but it involves the mwan3 package for multi-WAN load balancing.

Worse yet, the auto-update feature turns itself back on even when you tell it not to – which is the reason I got the Disastrous Update in the first place. It wasn’t supposed to auto-update, because I told it not to. Two strikes in 1 day!

I realize these projects are open source, but I also paid 229€ for the device, so I expect things to be tested adequately. I do NOT expect to be told by the support people that I should contribute to their open source project and make it better when I make a very valid complaint.

That was Strike #3, because this was an expensive device sold on Amazon.fr as, “The open-source center of your home.” This was NOT a crowd-funded beta device – except, well, it seems it was…

There is a fix for my mwan3 problem, but I can’t wait 5 days for another customer to figure it out and post it on the Turris forum (perhaps the good employees of CZ.NIC were already on Christmas Holiday). I also couldn’t figure it out myself, because the Omnia’s “reset to previous configuration” feature didn’t work at all, either. And no, I absolutely did not accidentally do a full “factory reset”.

I wasn’t about to start from my Omnia’s now “fresh out of the box” state, reinstall everything, restore my config (I had backups), and debug. I needed a functioning router 5 hours earlier when it died. That was Strike #4, and you only get 3 strikes.

So, do not be tempted to go with any of their routers. The Turris MOX may look cool, but fuhgeddaboudit. Even my old TP-Link TL-480T+ was more reliable (for years) than the Turris Omnia!!

Get a Linksys, stick OpenWrt on it, and do the hard work yourself. Start with the OpenWrt Quick Start Guide.

It’s worth it in the end!