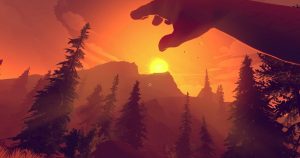 Depending on who you ask, they’re either totally fine and lots of fun, or the very reason that things like school shootings happen so often.

Whatever your opinion, the relatively new gaming genre known as “walking simulators” has become surprisingly popular.

Well, what the heck is a walking simulator?!

Walking simulators can be loosely defined as first or third-person video games that are mostly adventures focused on gradual exploration of some environment that involves discovery, observation, and often choices and their natural consequences.

If you’re looking for head shots, machine guns, rocket launchers, explosions, and epic gibs, these are not the games you’re looking for. In fact, the term “walking simulator” is basically a dig by hardcore gamers who like the bang-bang boom-boom, and therefore dislike these “boring” games.

But if you’re going to play a game, you should consider a walking sim anyway…

Perhaps the most famous walking simulator is a game called Firewatch, released in 2016. Note the lack of photo-realism in comparison to bang-bang titles: these games are typically more “artistic” in appearance, almost like you’re having an important dream that you’ll certainly remember when you wake up.

The official description of this game says:

Firewatch is a single-player first-person mystery set in the Wyoming wilderness.

The year is 1989. You are a man named Henry who has retreated from his messy life to work as a fire lookout in the Wyoming wilderness. Perched high atop a mountain, it’s your job to look for smoke and keep the wilderness safe. An especially hot, dry summer has everyone on edge. Your supervisor Delilah is available to you at all times over a small, handheld radio—your only contact with the world you’ve left behind. But when something strange draws you out of your lookout tower and into the forest, you’ll explore a wild and unknown environment, facing questions and making choices that can build or destroy the only meaningful relationship you have.

Well, that doesn’t really tell you much. It also may not sound terribly exciting.

But, here’s the thing: Firewatch and other walking simulators are games about real life, with real people, who act in real ways.

There are no superheroes, big guns, super-duper action, or anything like that.

In Firewatch, you are basically running away from your life. You have to take care of the wilderness as your job, which requires you to walk around and do stuff.

At the same time, there is a whole story that unfolds. It’s sort of like an interactive movie that leans towards the “drama” category.

You also get to chat with Delilah, your boss via radio, and even flirt with her if you want. She certainly flirts with you enough.

It’s about the Feelz, but not really…

But this is not Grand Theft Auto 3,217 where you get to steal cars, clobber people, and have your way with the women. This is a game like real life.

Firewatch is a game with some lessons, a sort of “normal Joe” simulation that engages you emotionally with the characters. The choices you make matter, just like in real life. You can’t cheat, either. 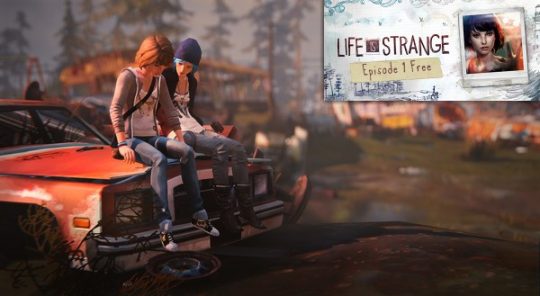 In some walking simulators like Life is Strange, the story line of the game will shift based on the choices you make. At the end of each chapter, you are scored based on those choices.

If you acted with some degree of conscience and compassion, you get a higher percentage. If you acted like a self-righteous narcissistic jerk, you get a lower score.

And that’s what’s so interesting about these games.

It doesn’t take a genius to see that in many ways, in our so-called modern society we have lost touch with each other – and with ourselves. Social interaction can and often does happen almost entirely on the internet.

Heck, we even try to meet “The One” online these days, complete with souped-up profiles and “sexy” photos to try to attract exactly the wrong kind of person while pretending to be exactly who we are not. And then when it doesn’t work, we lament our fate.

There’s a reason that someone like Jordan Peterson is so popular, and not just with men: Because we have all forgotten how to just be human. We have forgotten what emotional intimacy really means. We forgot that no one else cares about our gender or our identity or our problems, mostly because we continuously fail to care about theirs.

The iPhone and selfies and posting photos of our meal and lashing out at anyone who disagrees with us over whatever “movement” we deem important has replaced actual, real connection with each other.

No one actually cares about Kanye and Kim 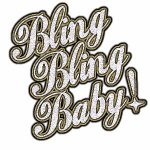 Celebrities were never very important. They still aren’t. The people in your life are those who are important, and they are people just like you. They struggle, they fail, they pick themselves up again… Just like you.

That means you have to give, not just take.

And so, now we have Walking Simulators… Games that are so popular, it almost defies belief. But should it really be that surprising? I think they are popular because we are desperate for something real.

Obviously, this kind of game is still not reality. But they certainly could be a stepping stone back to Being Human again.

They are a reminder that dissociating your life away isn’t going to help, and that life is hard for a very good reason.

Sure, sometimes some dissociation in the form of a movie or a shoot-em-up game is handy, but it doesn’t solve anything. Our problems are still there when we’re done.

Now, you might think it’s kind of sad that people are getting their “feelz” from a video game instead of real life, and you’re definitely onto something there.

But at the same time, it’s impossible to play one of these games and not think about life and reflect – sometimes deeply – unless maybe you’re a psychopath.

And that, IMO, is the primary benefit as well as the reason for their popularity: they don’t just give us something we’re starving for, but rather teach and/or remind of us of what we have lost along the way in our black hole of a quest for fame, fortune, and a hefty overdose of, “Me, me, me!”

Maybe that’s also why so many of these walking simulators win so many awards.