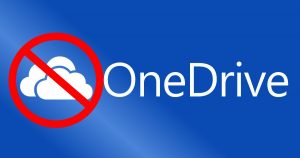 OneDrive is Microsoft’s “cloud storage” for Windows. Beginning with Windows 8, it was installed by default.

If you didn’t want it, you could easily disable it.

Beginning with Windows 10 1703 – the “Creators Update” – the story changed a bit. OneDrive seems to keep popping up over and over.

Even if you tell OneDrive not to launch on startup, and even if you close it, it will still pop up in the latest version of Windows 10 at rather inconvenient times.

Now, in the past, the Group Policy Editor or a registry hack was required… But the good news is that it’s easier than ever to make OneDrive go away for good!

So there you are, working away, and suddenly this pops up: 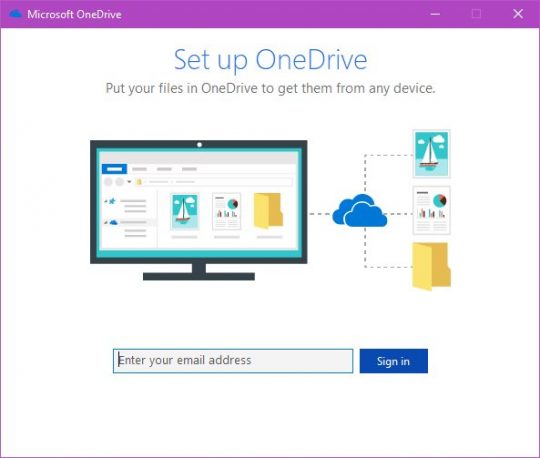 Hang on, didn’t you turn off OneDrive? Yep, you did. But that’s not good enough any more.

So, how do you stop OneDrive from pestering you??

Now, you might expect that Microsoft would make things harder, not easier.

But it just so happens that beginning with Windows 10 1703, you can now just uninstall OneDrive like a regular app!

If you like to use the old Control Panel, open ‘er up and uninstall OneDrive: 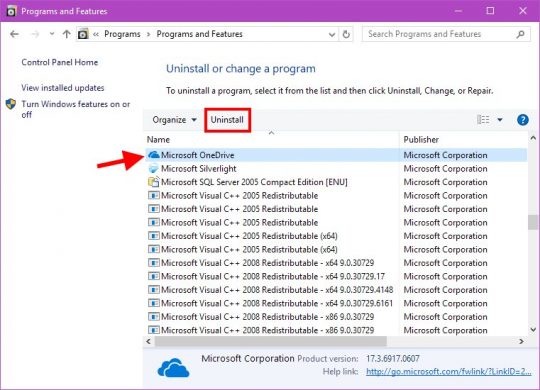 If instead you prefer the more modern Settings in Windows 10, just click: 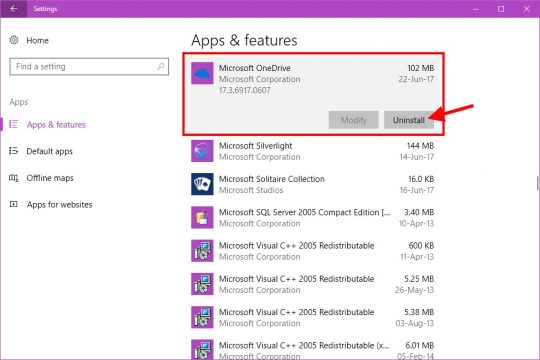 That’s all there is to it!

Now, you will still have the OneDrive icon in Explorer and possibly other places. It is possible to remove this icon, but it involves some registry hacks. Frankly, I didn’t bother.

I figure that the next time a big Win 10 update rolls on through, it’s going to add OneDrive back in, anyway. And I’m not sure what problems, if any, hacking the registry might cause.

As long as OneDrive won’t pop up on me in the middle of my work, I’m happy!

Stop OneDrive from popping up in Windows 10
Tagged on: onedrive    windows 10
Shortlink:

2 thoughts on “Stop OneDrive from popping up in Windows 10”