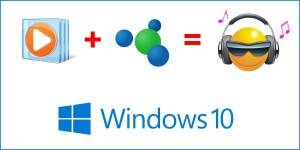 So you get Windows 10. You share your media libraries so other users on your network can see and play your music from Windows Media Player on their own puters.

Unfortunately, when they try to browse your music, WMP connects but quickly declares that your media library is empty!

END_OF_DOCUMENT_TOKEN_TO_BE_REPLACED

I shared a link on Facebook, but no image shows up

You know the drill: You share a link, and you expect that an image from the page you shared will show up.

This is especially true if you’re sharing a link from a lesser-known site, like perhaps your own blog or online store.

Fortunately, there are a few tricks you can use to make Facebook – and other social networking sites – happy.

END_OF_DOCUMENT_TOKEN_TO_BE_REPLACED

There are many things to love about Windows 7. It truly is “Vista done right”, sad as that may be. But it ain’t perfect.

One of the most common problems, as I recently discovered, is that you tell Win 7 to share only your Public directories, but it doesn’t quite listen. Due to some apparent bug that is at least present in the Release Candidate build of Win 7, sometimes the OS will share your entire Users directory, which includes your Public files/folders. That means ALL your files are shown to the whole world on your LAN – not just the your public folders.

Fortunately, it’s pretty easy to fix this little problem once you know a few little bits of information…