Alrighty, I just can’t stay quiet about this one. I’ve had enough.

I’m talking about Intel’s GMA 500 graphics chip. You know, the one that’s in all those Z-series (and soon Pine Trail-based) netbooks, the one that gets all the bad reviews, and the one that is generally regarded as less capable than even that ancient, stinking heap of a graphics core, the GMA 950.

So why don’t you see this awesome performance on your netbook or MID?

END_OF_DOCUMENT_TOKEN_TO_BE_REPLACED 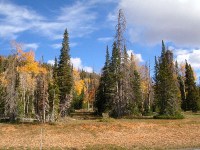 These days, netbooks are the “in” thing. You’ve no doubt seen them around – they’re like little teeny-tiny laptops. Generally speaking, they are slower than a regular laptop, but are smaller and have longer battery lives. For more details, see my post Notebooks, Netbooks, and Hot Air: Laptops Demystified.

If you are following the latest netbook craze, you will no doubt be aware that the new Pine Trail platform will be out probably early in 2010 – at least for netbooks. The new dual-core Atoms will most likely be released in Q4 of this year.

I’ve been packing my brain full of all kinds of specs and reviews and datasheets and whatnot, and I’m here to tell you that you can get tomorrow’s netbook platform today – if you know what to look for.

END_OF_DOCUMENT_TOKEN_TO_BE_REPLACED

Back in the day, it was easy to select a portable computer. There was only one size: big suitcase. At that time, Apple’s portable computer was called the Macintosh Boulder, and it only weighed 1,264 ounces. Running through the airport with one of these “portable” devices was a lot of fun. Yes, life was good.

Fast forward a few decades, and laptops were just lower-powered portable computers. Then, a few years ago, something odd happened: everyone started demanding “desktop replacement laptops”. In short, everyone wanted a laptop that could do everything their desktop machine could do. The end result was a wide variety of laptops which were very powerful, but they suffered from poor battery life given the myriad of high-powered features packed inside them, like graphics chips that could let you play games on your laptop.

Enter the netbook: small, light, with up to 10 hours of battery life. But, they’re a bit on the slow side.

And today? Well, today we are on the verge of seeing a whole slew of new laptops with CULV processors. They’re going to be thin and light and have “long” battery lives… or so we’re told.

So, what the heck are you supposed to buy? Well, that depends on what you need and want. But hopefully, it will all be a bit more clear in a few minutes…