END_OF_DOCUMENT_TOKEN_TO_BE_REPLACED

Paint.NET: The Photoshop Alternative for the Rest of Us 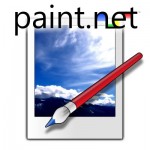 Pretty much everyone has heard of Adobe’s Photoshop software. It’s extremely powerful stuff that lets you create all sorts of graphics and images, edit photos at a professional level, and so on.

The only problem is, Photoshop has a very steep learning curve.

What are we left with? Microsoft’s Paint application? Ha! While it has improved over the years, it’s still pretty basic.

So, what do you do if you run Windows, and you want to do some image editing, create graphical elements for web sites, or otherwise play around with images on a computer?

You download the free Paint.Net application, because it rocks. Here’s why…