Windows 11 is just Windows 10 with a new look and some upgraded goodies. If you’re happy with Windows 10, then don’t even think about 11.

Chances are, Win 11 isn’t going to solve the god-awful printer-erasing and computer-crashing bugs that have plagued Windows 10 updates…

If you’re expecting Windows 11 to solve all of those problems, guess again.

So what’s actually new in Windows 11? Not much.

Rounded is the new Square

That’s right folks, rounded windows are the new square-cornered windows! And a centered Start Menu is new the new left-aligned Start…. sort of like a Mac.

Well, there it is… The new Start Menu. It’s cleaner, easier to use, and well… It’s what the Start Menu should have been like 7 years ago. 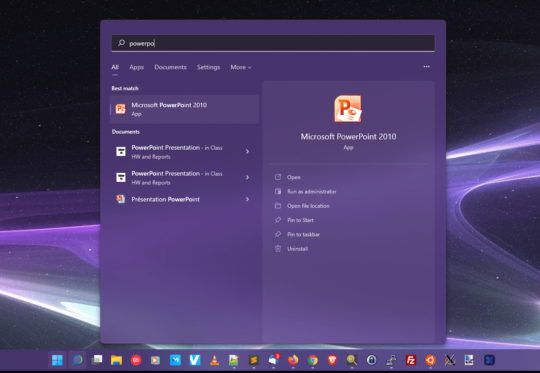 As usual, you can search for stuff, run it, find its location, etc.

An open app is indicated by a little bar under the icon. A wide bar indicates the active window.

Then, if you minimize or maximize the window, its taskbar icon bounces up or down depending on whether the window is moving up or down.

It’s a little thing, but it’s actually a nice touch that adds to the “fancy” feel of the interface. 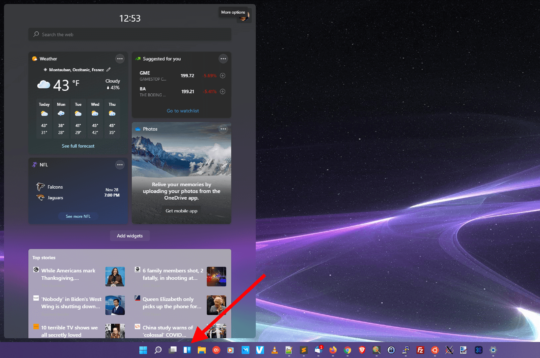 You’ve got a new button on the taskbar: Widgets!

Click it, and the the Widgets Box Thingy pops up. Unfortunately, it sucks – mainly because all content in Widgets will only open in Edge.

Which reminds me… In Windows 11, Microsoft is REALLY pushing Edge as the default browser. For links clicked from Cortana, Search, Widgets, and a bunch of other system places, links will ONLY open in Edge – even if you’ve set a different default browser.

For the time being, you can use MSEdgeRedirect to fix that. Just be aware that M$ already crushed a previous hack for this very problem.

In any case, 8GadgetPack has been updated to work just fine with Windows 11. That’s what I’m using for my gadgets!

Well, how about the new Settings? 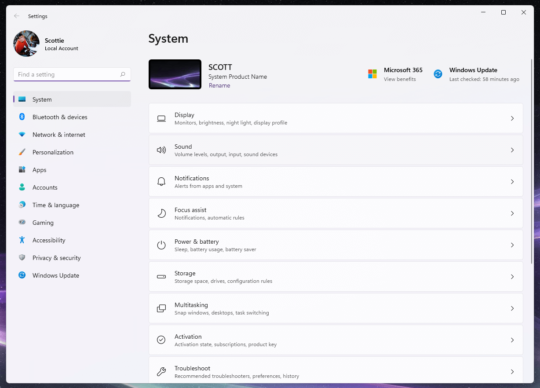 If that looks nicely organized and easy to navigate and do stuff, you hit the nail on the head.

The new Settings is really nice to use. 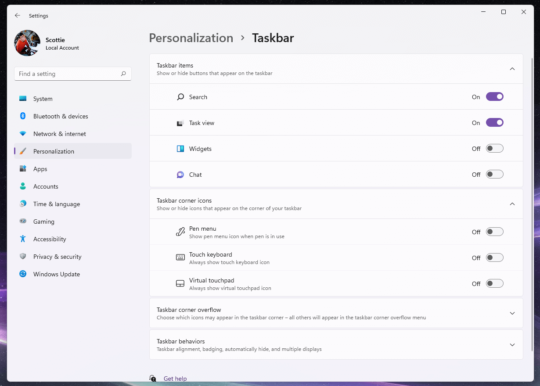 Stuff is just organized in a sensible fashion. 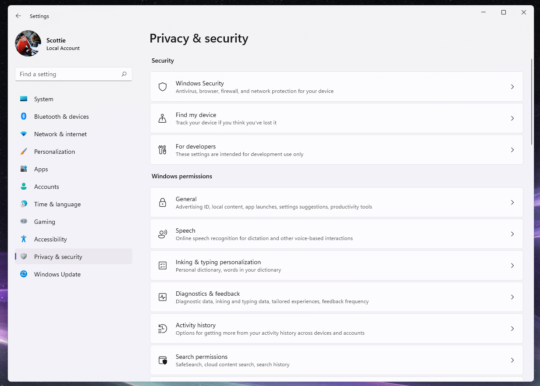 Of course, you’ll want to go through every single one of those Privacy & security settings and turn off pretty much all of it. 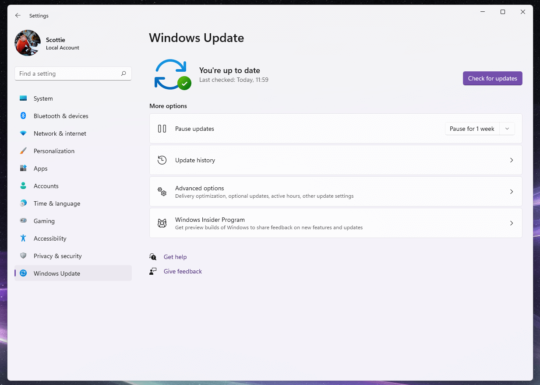 Even Updates are easier to understand and control.

I’m left to conclude that the folks at Microsoft who designed the new Settings window were NOT the same people who decided to make Edge the perma-default browser for system URL clicks.

Oh, man…  Not only is there no entry in Settings for File History, but the old Control Panel File History interface is missing something: 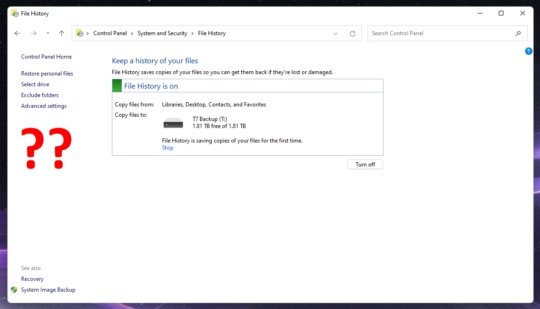 What happened to the ability to add your own folders to the automated File History backup?

That’s right – File History will only back up the official Windows libraries. The reason for this, apparently, is that you’re supposed to back up all your data to The Cloud via OneDrive.

Except I don’t want to do that, so now I have to buy some proper backup software. Well done, Microsoft. Well done. 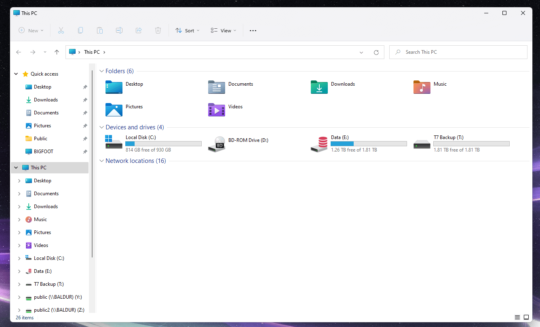 That’s pretty much just a visual refresh. Nothing much to see here. 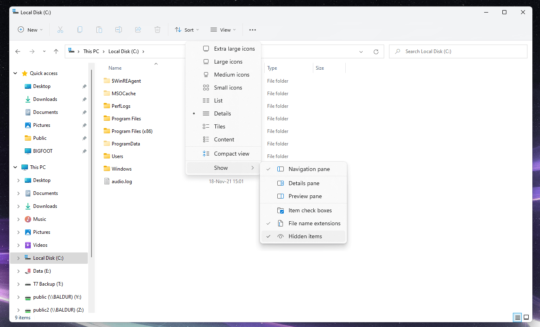 One annoying thing about the new Explorer is that before, you could right-click a file and all your custom apps would add entries such as Edit with Notepad++.

Not anymore! Now you have to click 1 extra time: 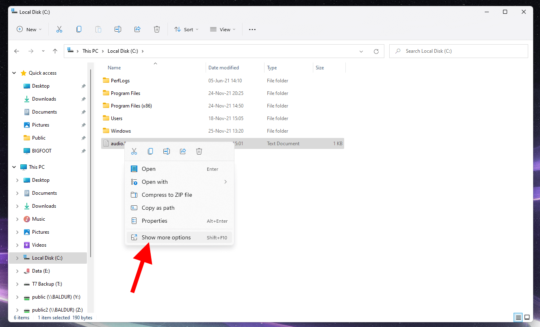 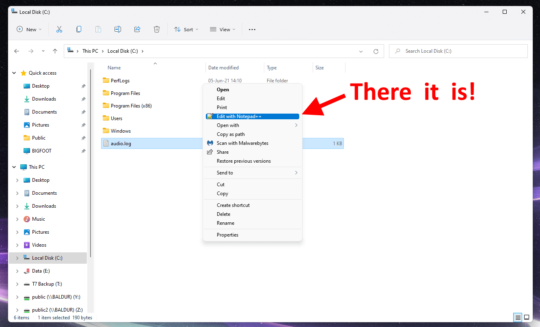 Well, it’s easy to get used to, and I suppose it minimizes clutter. Sort of.

Windows Subsystem for Linux (WSL) is still there – along with the new(ish) WSL 2.

I still use WSL 1 since I enjoy rapid file access via both Windows and my installed linux… Which was kind of the whole point of having WSL, or so I thought.

But whatever – it works!

Also, don’t faint: Windows 11 has all new system sounds. That only took 20 years! But they’re pleasant, so I won’t complain too much.

Oh, I almost forgot: MS released their new emojis the other day. Remember how they were supposed to look all 3D and sassy? Yeah, well, they don’t. They look like this: 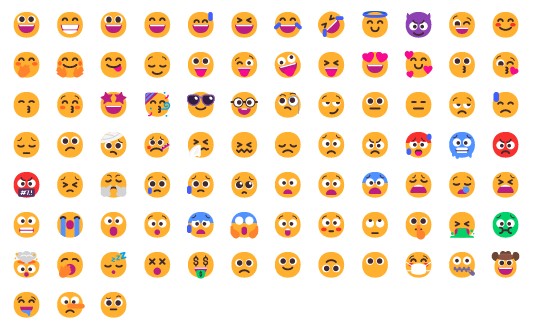 Those are not very 3D, and only marginally sassy…

But not to worry! Certain Microsofties have hinted that maybe – just maybe – the 3D ones are “coming soon” – most likely to Microsoft Teams, but not Windows itself.

You’ll probably just need to upgrade to Windows 12 in 5 years, which also won’t run on the brand new puter you just bought 2 years ago.

Yeah… At this point, we hardcore Windows users are used to being disappointed.

The fact that Windows 11 so underwhelmed me leads me to believe even more strongly that M$ will cave on the strict requirements for Win 11 in an effort to get more people to use it.

I will note that despite my often smart-ass tone, I AM actually content so far with Windows 11. I like when things change a bit.

I just wish those changes came with actual improvements instead of removed/crippled features that make my life more difficult.

There’s a reason so many people out there will pay a hefty premium for the Apple ecosystem, and I’m afraid Microsoft still hasn’t figured it out.

I think for most people though, if your puter is ‘compatible’ with Windows 11, WAIT until you are offered the upgrade instead of preemptively upgrading or clean installing like I did. There are still lots of bugs that need to be worked out. Even though I haven’t encountered any myself, you know how that goes…

If you’re looking for a smokin-fast machine to run Windows 11, try these (affiliate links):

DDR5 is impossible to find, and the performance difference over DDR4 is negligible according to most benchmarks. The Noctua is a huge cooler, but with 2 fans, it’s totally silent even at high CPU loads!