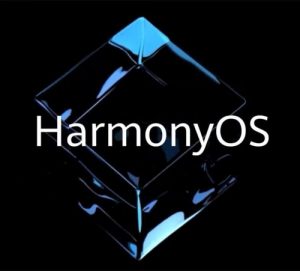 Except when it’s not.

The West, led by the USA, has decided to impose harsh sanctions on… well, just about everyone. But the big news is, of course, the sanctions on China.

Apparently, the idea here is that this will “punish” China for stealing American tech and spying on us all and doing all kinds of other Evil Stuff That Red Commies Do™.

There’s only 1 problem: It’s not working.

When prevented from using American tech such as Google’s Android store, Huawei put some finishing touches on their own operating system known as Harmony OS.

While designed primarily for Internet of Things (IoT) devices, word has it that it will be fully “smartphone-ified” before Christmas.

That wouldn’t be surprising given the insane work ethic over yonder that puts even Silicon Valley to shame.

And how about components? No problem! China either has their own or is developing their own flavor of just about everything.

What you may not know is that Chinese companies started developing these technologies years ago. In other words, they saw this coming. Or if they didn’t, naturally it was their plan all along to challenge the tech giants. That’s just good old fashioned capitalism and healthy competition… right?

And as for American businesses and consumers, they’re in trouble. EVERYTHING is Made in China. You can’t penalize Chinese companies without hurting American companies – or consumers. For example, in 2018, General Motors sold more cars to China than they did to US buyers.

The idea that American Ingenuity is required for any nation to flourish in a technological (or any other) sense is, at best, utterly false.

You may recall that it was the Soviets who launched the first satellite and put the first man into space.

Oh, I know, I know: That’s all just bluff and bluster right?

And those videos that Russia released of the weapons? Those must be fake!

Wait, you didn’t see those videos? Well, that’s not surprising. There’s a lot you don’t see these days…

When confronted with an uncomfortable truth, our glorious “leaders” do one of three things:

Just kidding about #3! That would require a soul – or possibly even just a simple spine. So, Door #1 or Door #2 it is!

So, what do you do when you’re a falling economic and military superpower and other countries are rising? Easy!

You blame everyone else for everything. That’ll keep people distracted.

Then, get everyone hating everyone else. Divide and conquer always works so well.

As one simple example, consider popular health resources online, some of which are run by friends of mine:

Don’t worry, it’s not censorship. Only Eastern countries does that. When we do it, we just call it something else…

AI to the rescue!

Ah, the algorithm. It makes everything go these days.

Too bad the algorithms are tweaked by humans. And too bad that certain algorithms, like the one Netflix uses to recommend content, are god-awful:

That’s just bad news. You see, if The Algorithm did it, then it’s not paid marketing or evil censorship. You can’t sue a mysterious algorithm, but you can certainly blame it for whatever goes wrong. But if people do the same work, well, it’ll be much harder to ignore.

In other words, they made machine learning algorithms to filter and recommend content to people. They worked pretty darn well, but didn’t give the results desired by the human managers.

So then they added some people into the mix to “help” the algorithms out. But even that didn’t work.

See, we must call it “curating”, because if we called it what it actually is, then we’d sound too much like those “Evil Red Chinese Commies”. And we can’t have that.

I’m sure we’ll all survive. It’s not like the world is ending or anything – um, right?

But it might be a good idea to start taking a closer look at what’s actually happening… and why.

Even total chaos provides many opportunities for change.

There is NO REASON why American Tech cannot continue to be a world leader. But that will never happen without cooperation, trust, and bridge building between the USA and other rising nations. And of course, a country that is divided internally has no chance on the world stage…

In any case, their success does not have to mean our failure – or vice versa.

One thought on “Are Big American Tech companies a dying breed?”