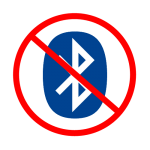 3 thoughts on “Cell Phones: How to Maximize Battery Life and Minimize Radiation Exposure”